California lawmakers have passed a bill that codifies into law a 2018 state Supreme Court decision that makes it easier for independent contractors to become reclassified as employees of motor carriers.

Assembly Bill 5, passed along party lines by the state Senate on Sept. 10 and Assembly on Sept. 11, was the latest development by officials in California attempting to reduce what they have called widespread misclassification of independent contractors.

The bill was signed into law on Sept. 18 by Democratic Gov. Gavin Newsom, who had publicly voiced his support for the legislation. 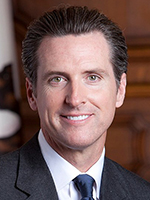 The bill has been opposed by the California Trucking Association because the trade organization said it will require many motor carriers to use an employee standard known as the “ABC test” that truckers have said makes it difficult, if not impossible, to continue the use of independent contractors.

The test was upheld by the California high court in a case styled Dynamex Operations West Inc. v. Superior Court of Los Angeles.

The B-prong of the ABC test is the most troublesome, carriers have said. It dictates that for a motor carrier to establish that a worker is an independent contractor that the worker must perform work that is outside the usual course of the hiring entity’s business.

“I think it will ripple through the industry and cause some changes for sure,” Feary told Transport Topics. “For the most part, the ABC test would be used under this statute for courts or other adjudicators in the government to determine whether an owner-operator providing truck driving services to a motor carrier is an independent contractor. It’s a controversial bill.”

“AB 5 could have been amended to address worker misclassification issues, as well as protect the 70,000 [predominantly minority] truckers currently operating as independent contractors,” California Trucking Association’s CEO Shawn Yadon said in a statement. “There is no reason why protecting workers does not include defending the right of tens of thousands of drivers who have built their businesses as independent truckers, invested hundreds of thousands of dollars in clean trucks and have operated successfully.”

Yadon added, “AB 5 will have implications that will go beyond worker classification. Like the rest of the nation, California is experiencing a shortage of truck drivers, this measure will aggravate the problem by removing thousands of drivers from rosters as many have indicated they will move to other states or seek a different line of work altogether.”

AB 5 proponents created a scenario in which they chose winners and losers by carving out exemptions for some professions while excluding others, California Trucking Association said.

It added that AB 5 was amended to allow drivers working within the construction industry a narrow window to continue operating as independent truckers for a two-year grace period. However, the bill will severely limit work opportunities for tens of thousands of independent owner-operators in other business sectors.

“Today the Legislature made it clear: we will not in good conscience allow free-riding businesses to profit off depriving millions of workers from basic employee rights that lead to a middle-class job,” said Assemblywoman Lorena Gonzalez, the bill’s author. “Employers looking to cut costs at the expense of workers have misclassified more than a million Californians and in turn, we have seen income inequality increase, union membership decline and the power of working people diminish.”