The “Partnership” between shippers, brokers, carriers, and freight forwarders is to assure that carriers and brokers are paid for their services. The most valuable commodity in the transportation industry is the motor carrier.  They should never accept the transitional from the client, moving loads to the claimant, filing claims to be paid.  Murphy’s Law is a famous adage that states that “things will go wrong in any given situation, if you give them a chance, or more commonly, “whatever can go wrong, will go wrong.” The “I Do Relationship” set within the bill of ladings, and the contracts is the assurance from shippers that carriers will be paid. 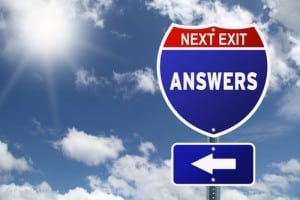 Essentially, while no question federally licensed transportation brokers act as “independent contractors” concerning dealing with both motor carriers and shippers, there often is a question as to the precise nature of whatever service such an intermediary be “contracting” to provide concerning any bill of lading transaction. Contrary to common opinion, there are only two choices.

The arranging of [emphasis supplied] transportation or the physical movement of motor vehicles or property.  It [such” arranging”] can be performed on behalf of a motor carrier, [on the one hand, or a] consignor or consignee… on the other hand, whichever, (whether the “consignor” or “consignee”) may be deemed the underlying “shipper” within the meaning of 49 CFR 376.2 (k) named in each “bill of lading” within the meaning established for such instruments by the Supreme Court in 1982 in Southern Pacific v. Commercial Metals, Co.

Significantly, since the language of 49 CFR 371.2(c) is disjunctive in such regards, expressly employing “or” instead of “and/or” to distinguish between the terms “motor carrier” and two possible categories of “shipper” in current regulatory usage, and since the terms “shipper” and “carrier” describe the only two types of potential principal parties to any such “basic transportation contract”.

To quote former ICC Commissioner Paul Lamboley, from a paper prepared in 1999 for the Transportation Intermediaries Association entitled “Is There Exposure to Double Payment Liability” (for shippers in the brokered bill of lading transactions),

[In Dal-Tile Corp. and Red Arrow Freight Lines, No. 40437, 1990 I.C.C. Lexis 350 (I.C.C. May 15, 1990), the Interstate Commerce Commission found that the unlicensed broker (engaged in providing a “brokerage service” within the meaning 49 CFR 371.2 © was not an agent for Red Arrow within the definition to establish negotiated rates for that carrier and, therefore, was an agent for the shipper emphasis supplied].

That’s why Dal-Tile wound up having to pay twice. In other words, in default of specific forms and procedures to the contrary, the presumption that even an unlicensed transportation intermediary providing a “brokerage service” within the meaning of 49 CFR 371.2(c)  in interstate commerce must be presumed to have been acting “on” behalf of and as an “ agent for the shipper” named in any such brokered bill of lading transaction has been established definitely through that never contested nationwide administrative judicial and administrative venues through Section 204 of the ICC Termination Act of 1995.