HomeSo saddened by the weekend events…

So saddened by the weekend events…

Company, Thought of the Day

So saddened by the weekend events…

Authorities are responding faster and either apprehending or defending themselves, and the public against people that have planned, and carried out their crime of infamy.  Have crime will travel, and guns for sale impacts generations to come.  Life is much like a coin, but you can’t spend it twice.

I served twenty-eight (28) years, and retired from the U.S. Amy as an exemplary soldier, and a more responsible citizen.  I hurried up and waited, and understood the meaning of “Patience and Discipline”.  My brother retired after Thirty-three (33) years from the Navy, and served an additional 10 years as an EEO Officer.  Last, my older brother retired from the Airforce .  We have all become better citizens, and conscious of  those factions that are a detriment to our society, and the true “Meaning of the American flag”.  The meaning of the American flag is defined as: 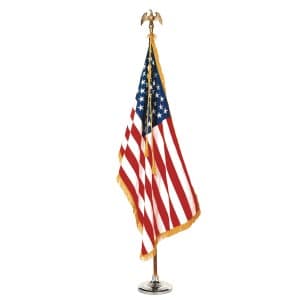 The American Flag is symbolic in many ways.  The alternating red and whites stripes represent the 13 British colonies that settled in America, while the stars represent each individual state.  Even though many Americans proudly fly the flag outside their homes and businesses every day, it is fitting that we as a country, have set aside one specific day each year to honor our flag and to remember that it represents the ideals and values that we live by.  The American Flag represents a people, not an office or a person.

Our thoughts go out to the families and friends that have been affected by shootings this last weekend and in the past.  Let us hope that our country and we as a people can do something to stop these vile attacks from happening.