HomeGood News for Truckers! Average Price of a Gallon of Diesel Slips 0.5¢ to $2.971

Good News for Truckers! Average Price of a Gallon of Diesel Slips 0.5¢ 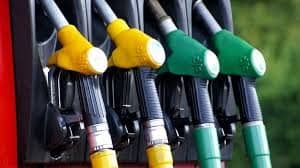 The U.S. average retail price of diesel dropped 0.5 cent to $2.971 per gallon, the Department of Energy reported Sept. 9.

The price of diesel has fallen for nine consecutive weeks since July 15, when trucking’s main fuel cost $3.051 per gallon.

Diesel fell the most in the Central Atlantic region, where it dropped 1.7 cents to $3.161 per gallon.

Here is the link to the article on TTNews